The Nike Unlimited Stadium was created as part of Nike’s Unlimited campaign. The digitally-enabled running track was located in Bonifacio Global City, one of Metro Manila’s iconic running hubs, and was open to the public for 2 weeks.

Unlimited Stadium is a space in the shape of a 100-ft sole print of the Nike Lunar Epic Low Flyknit, Nike Running’s latest footwear innovation. The 200m running track was lined with LED screens to inspire and challenge locals and visitors to go beyond their limits. Runners were invited to race against their own digital avatars that grew in size based on the speed and distance ran. The campaign was a huge success, earning Clio Grand Prix and many more creative awards after its launch. 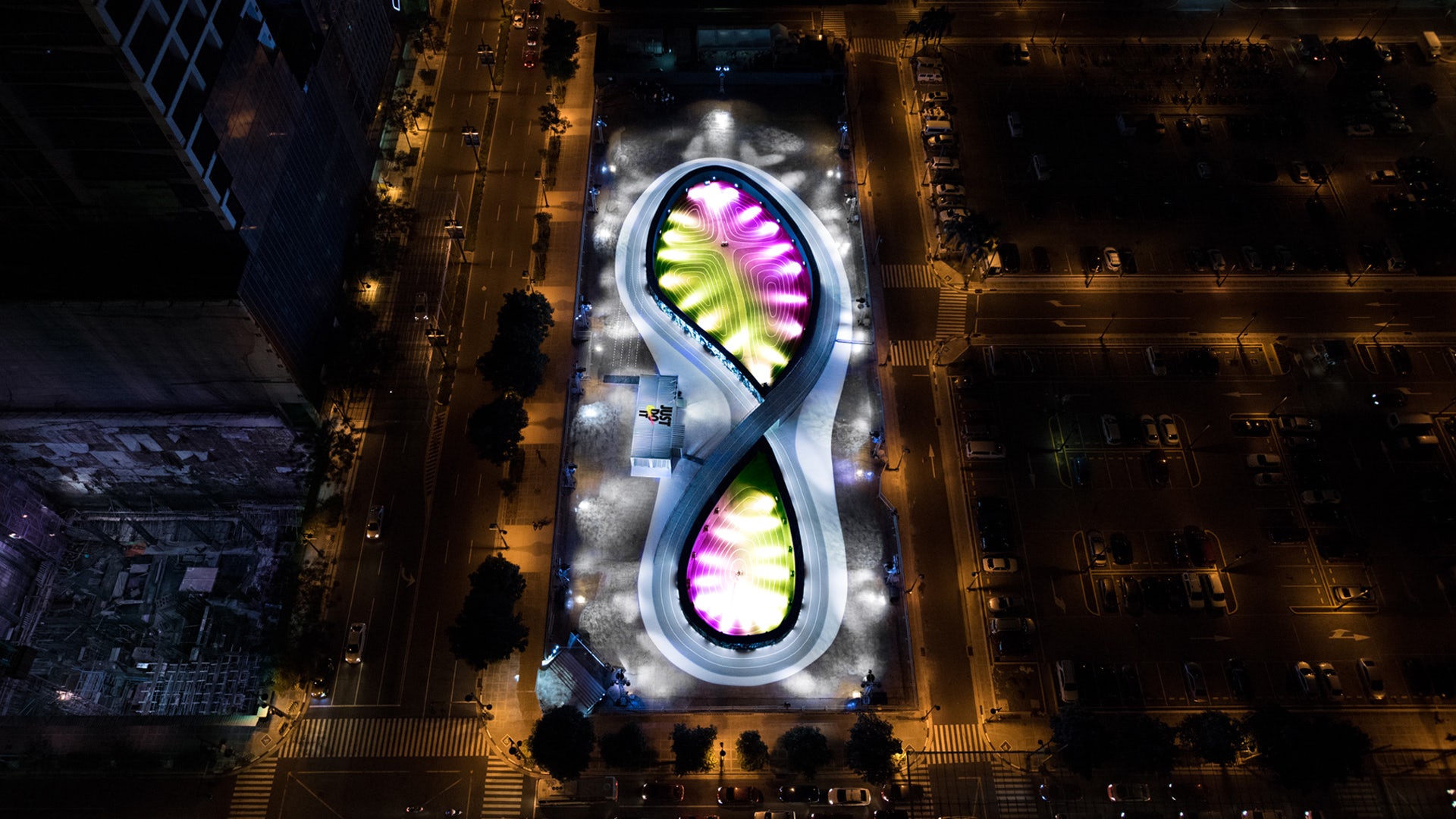