In an effort to communicate the possibilities of next-generation TV to young children, we partnered with NHK to produce the experimental TV show “Kao TV”.

Kao TV is the world’s first participatory children’s TV program in which kids are in charged with creating the story’s main character. Through the use of Hybridcast technology, viewers can create faces (“kao” in Japanese) that appear on television.

By installing the Kao TV App (Hybridcast Companion App) to their smartphones, users are able to form unique cartoon faces by selecting an array of face parts like the eyes, nose, and mouth. When a face is completed, it will appear on the television screen—entertaining viewers by talking and singing throughout the show.

Kao TV was nominated for the International Emmy Awards and became a popular example for interactive TV shows in and out of Japan. 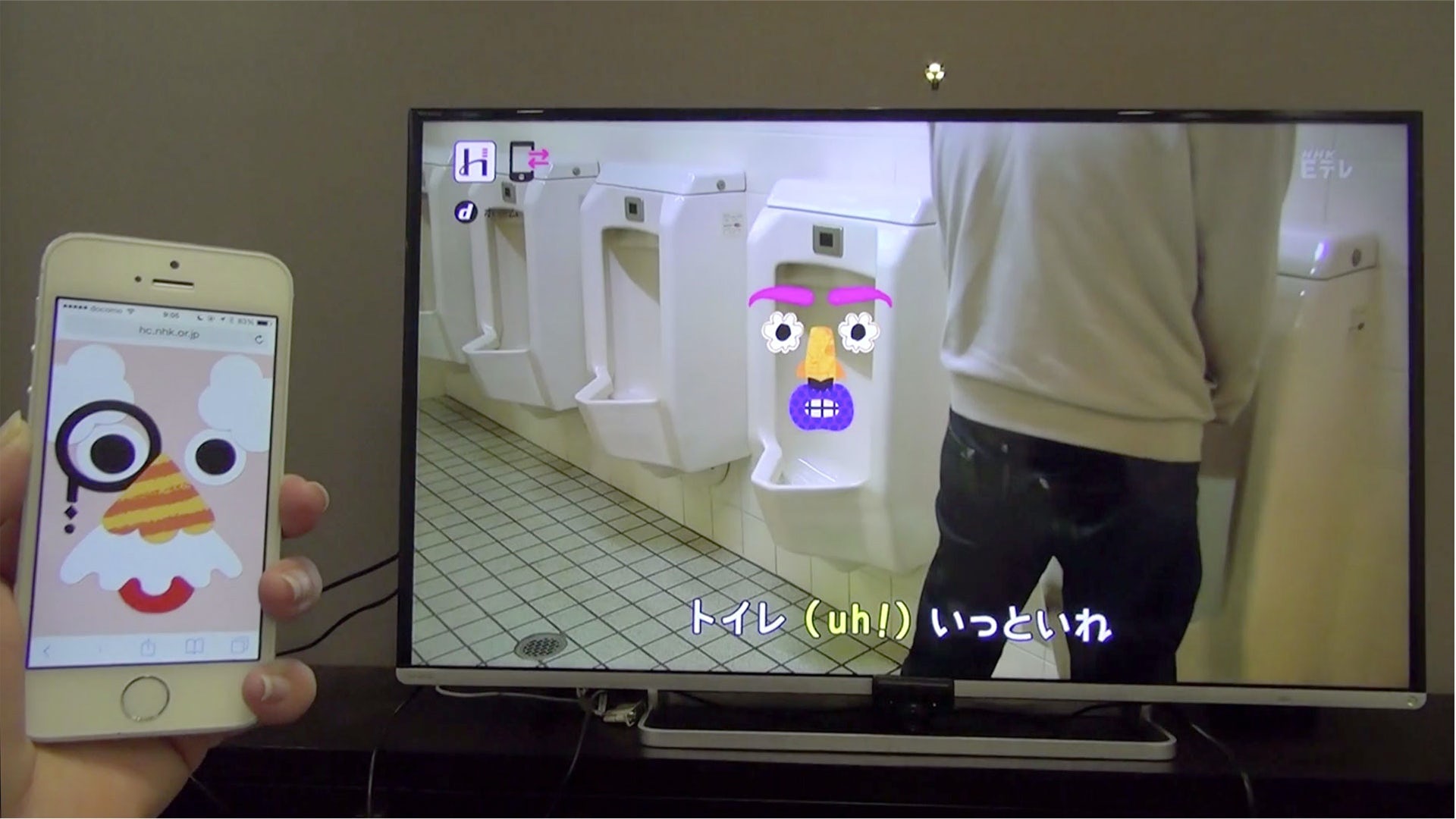